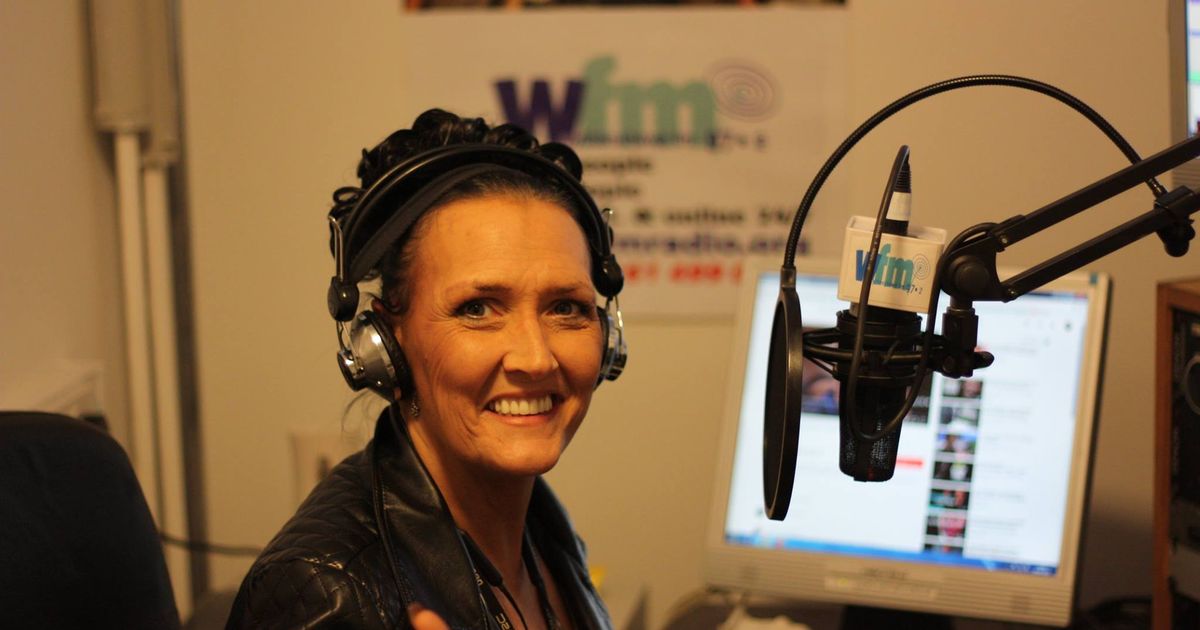 Hello! First of all, let me tell you about how I became a radio show presenter.  Some time ago, I somehow found myself at WFM radio station in the civic centre. A friend of mine had been presenting a show at the station for 5 yrs and already had her own show.  She had asked me many times before to come and join her on her show. My answer was always the same, "No!"  Then one day, I gave in, and accompanied her to the station.  Before I knew it, I was on air with her!  It was the most exciting thing I had ever done! The adrenaline was flowing and a renewed enthusiasm took over.  I desperately wanted more!

I applied for their radio training course...and I've never looked back!  The training didn’t just teach me the skills I needed to operate a radio desk, it also taught me to listen and communicate with people properly. My confidence now knows no bounds, and I'm loving every minute of it. The one important attribute it gave me back was pride.

Here I am, somewhat later, producing my very own twice weekly lunchtime 'Out to Lunch Show with TreTre', and, tell you what, I'm lovin' it!

The "Out to Lunch Show with TreTre' is my new baby and I've decided to make this show about you..my friends! Every week I will invite one friend to join me on the microphone  and talk all things Wythenshawe.  This feature I have named it 'It’s a Mystery' other features include, 'the What's on Guide', The Bradshaws, and '2 to You' where I let my guest choose two songs back to back. There are regular features such as news, weather, traffic, then interviews, competitions, and of course, some great music.

So join me, TreTre, every Tuesday and Wednesday between 12noon and 2pm on WFM Radio 97.2.

P.S. I would just like to add a big thank you to everyone at WFM who believed I could do it, and, especially, to Dave Cox who persevered in training me...twice, because I didn’t believe in myself the first time!  He then threw me in at the deep end, leaving me alone in the studio, and said "Get on with it!",  which I did! After that debut he said, "See, I told you you could do it!"

Thank you Dave! It was the best thing you could have ever done for me!